William Fox-Pitt’s name is synonymous with the sport of international eventing. His successful career has spanned decades and included wins around the world.

He was born in Hampstead to William Oliver Lane Fox-Pitt and Marietta Speed, both successful equestrians in their own rights. William began riding at age four and, after a brief break from the sport, began competing in eventing when he was 15. He received his education at Wellesley House School in Kent, Eton College and the University of London.

Over the course of his career, he has won three team Olympic medals as well as team and individual medals at the World Equestrian Games. He was also the first rider to win five different CCI4* events around the world: the Burghley Horse Trials, the Rolex Kentucky Three-Day Event, the Stars of Pau, the Badminton Horse Trials and the Luhmühlen Horse Trials.

In 2015, a bad fall left William in a coma for two weeks, but he still managed to come back to the top of his game and compete at the 2016 Rio de Janeiro Olympic Games.

He and his wife, Alice Plunkett, are based at their own Wood Lane Stables in Hinton St Mary, Dorset, with their four children: Oliver, Thomas, Chloe and Emily. 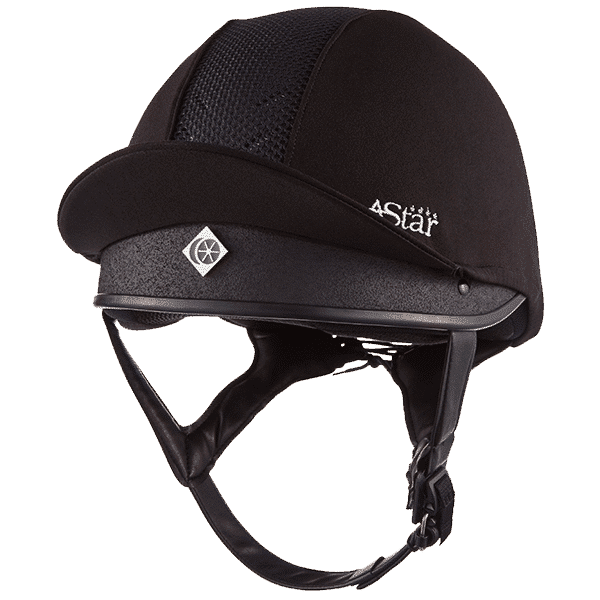 Designed for the extreme situation, the 4Star is a deep-fitting cross country skull that provides improved crush resistance through the advanced fibre reinforced shell.